Launer – A handbag fit for a Queen

With the Queen celebrating her Diamond Jubilee in 2012, should this be the year of the Launer handbag revival? 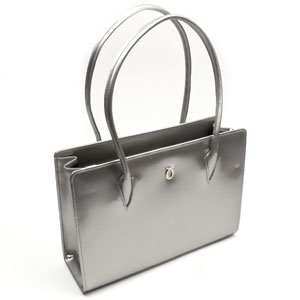 With a heritage spanning 70 years and a Royal warrant for their leathergoods, it is a wonder that the Launer brand doesn’t have the same high profile that other British-made bag brands such as Mulberry have. Especially given that every single piece that Launer make is still  produced by skilled craftsmen in their Walsall factory. Maybe with the emphasis now being placed on enduring quality and craftsmanship, the Launer brand is ready for a revival.

Originally founded in 1941 by a Czechoslovakian immigrant, the small structured handbags that are Launer’s signature were very typical of the style of handbag that was popular in the 1950s but that fell out of favour in the more relaxed decades following. In the 1980s the Launer business was bought by Gerald Bodmer who lead a revival of the brand that saw it being carried by non other than ’80s icon Margaret Thatcher.

Fast forward to 2012 and many handbag trends have come and gone, yet Launer have continued to make their very ladylike handbags in their Walsall factory just as they always have. With the Queen’s Jubilee coming up this year it feels like this most regal of handbag brands is due for a revival; and with the  release of the limited edition diamond colourway of  their classic Lydia handbag marking the occasion there is now no better time to invest in a Launer.

To find out more visit www.Launer.com