The Great British Debate - 'Can we make it all here?' Skip to content

Can we make it all here? The Great British Debate decides…

Yes, we can make it all here, but first a lot needs to be done in terms of investment, education, public perception and good old-fashioned hard work… 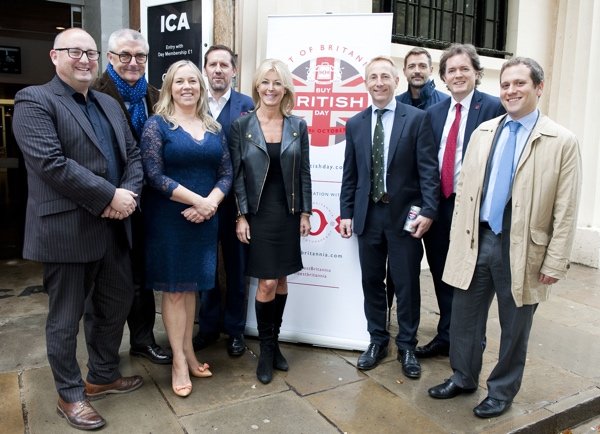 Hosted by Best of Britannia, the Great British Debate took place yesterday at the Institute of Contemporary Arts in London. With a fabulous line up of speakers including our very own Kate Hills, the morning was always guaranteed to bring a lively debate and with a packed audience of equally passionate people, it certainly didn’t disappoint.

The aim of the debate was to find out whether we can ‘make it all here’, and whilst the panellists generally agreed that yes we could, they also agreed that there are many challenges ahead.

Making it all here – what the panel decided needed to change:

Here’s a summary of the main points from the debate:

One of the big issues facing the growth of UK manufacturing is that of recruiting a new generation of staff into an industry with a little bit of an image problem.

Patrick Grant, of Norton & Sons & E.Tautz, said that whilst his luxury tailoring business on Savile Row doesn’t have any problem attracting young talent to the business, finding staff to work in his newly acquired factory in Blackburn is another matter altogether.

But by telling the right stories and involving the local press, it can be done, said shirtmaker Emma Willis. Emma said that recruiting staff to work in her Gloucester based shirt factory had been much easier for her in the last two years thanks to the Made in Britain label being more recognisable.  The power of social media to tell the story of her brand and the people behind it had also helped attract new staff. Support for her business by the local press had also been instrumental in encouraging young people to come and work for her, and 60% of her workforce are now under 25 years old.

But Nick Hussey, Editor at The Manufacturer magazine said that we face a challenge to move manufacturing away from the image of the “dark satanic mills”. Parents and teachers are key influencers in the career choice of young adults, and tend to think of manufacturing as a second choice if you can’t get to university. Youngsters are therefore being discouraged from considering a career in manufacturing or engineering. Nick also said that the term ‘apprentice’ was too widely used, and was starting to mean less about learning a craft and more just about low paid jobs for young people.

We can’t devalue the word apprenticeship by using it in call centres or McDonald’s, but we can promote its success in engineering and manufacturing.

A lack of willingness for some hard graft by the younger generation was also something that many of the panellists felt was holding UK manufacturing back. Many manufacturers find it easier to recruit skilled immigrant workers into factory jobs, rather than employ local people, but Eric Musgrave from Drapers pointed out that this was not sustainable long term as many of these workers then return home.

We need to make youngsters think of hard work as their new drug.

Another of the challenges stalling the growth of UK manufacturing is whether the British public can be persuaded to buy British. Be that due to whether they know something is made in the UK, or whether they value a Made in Britain label.

Adam Marshall, of the British Chambers of Commerce,  suggested that we need to be better at story telling and shouting about what we are good at in order to sell more UK-made products, something that the British are not very good at doing!

Clearer labelling so that the customer can find truly British-made products was a solution that many of the panellists and audience felt would really help drive sales of Made in Britain goods. This is something that the Made in Britain Campaign is trying to drive forward, and John Pearce, CEO of the campaign, gave some great instances of where their members had used the Made in Britain logo to great effect.

The use of the Union Jack as a symbol of  a product being manufactured in the UK came into question, and Kate Hills led this discussion with her dislike for what she calls “Fake it British” where brands stick a Union Jack on something and allow consumers to believe it was made in Britain, when often it is not.

Adam Marshall raised the point that there was a strong appetite from abroad to buy products made in the UK but that the Government could get more involved in supporting those companies that did make here.

So did the debate determine whether there was anything that we can’t make it Britain?

Kate Hills suggested that it was not what we can’t make, as anything was possible, but that there were challenges with many types of products due to the number of factories and component makers left in the UK.

But never say never, as The Manufacturer’s Nick Hussey pointed out that a few years ago no one would have believed that we could make yachts here and now there are companies that can, so anything is possible.

Patrick Grant agreed that in theory we can make anything in the UK, but the hurdles are often financial. In fashion, making in the UK requires scale and investment in machinery in order to compete with China, and many of the big investors are uninterested in small scale manufacturers. Eric Musgrave suggested that the investment would have to come from abroad instead.

When it comes to investment, Emma Willis said that she felt that investors focus less on turnover these days, and more on the ethics of a business, something that UK manufacturers could capitalise on. Whilst the majority of the audience and pannellists felt that banks weren’t doing enough to support UK manufacturers, Nick Hussey reminded everyone that Lloyds Bank had recently committed to lend £1 billion to support the growth of manufacturing in the UK. But are businesses ambitious enough to go after the cash?

I’d like to think that in theory there should be no reason we can’t make anything here.

Fundamentally, can we make it all here? Yes. We can. But a lot needs to be done in terms of investment, education, public perception and good old fashion hard work and ambition.

The question is not can we make it all here, but will we all do our bit to make it happen?

Don’t forget BuyBritishDay on Saturday October 3rd – do your bit and buy something British!