This year our Make it British Live! two-day symposium will be coordinated and anchored by renowned industry commentator Eric Musgrave. 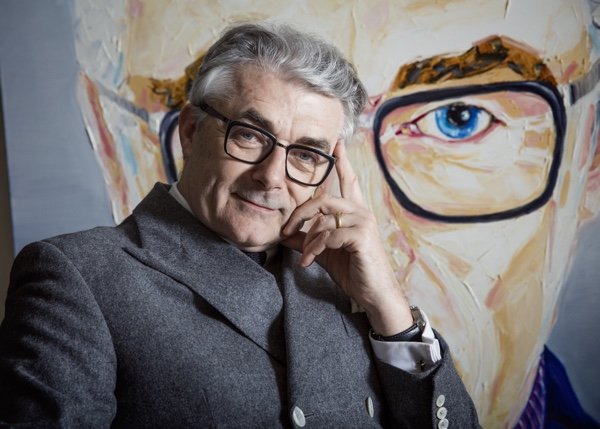 We are delighted to announce that Eric Musgrave will be chairing the Symposium at our Make it British Live! event on 23 & 24 May 2018

Since 1980, his journalistic career has seen Musgrave observe and analyse the entire pipeline of the fashion industry, from mill to high street and now to the internet.

Eric’s breadth of knowledge and his depth of contacts across the industry is unrivalled and I’m confident that his chairmanship of our seminar programme will bring out the best of the speakers and panellists.

Eric’s commitment to championing British manufacturing is well-known. While at UKFT in 2010 he established the Let’s Make It Here database, the first free-to-use listing of British makers and he has written regularly about British manufacturing for titles like Financial Times, Business Life and Jigsaw’s Style + Truth magazine.

We’re delighted that he has agreed to take on this important role this year.

“My view of domestic manufacturing is simple: use it or lose it. I was born and brought up in Leeds in the 1960s and 1970s, when it lost its position as men’s tailoring capital of the world, so I am aware of the market forces at work.

“For the past 10 years or so I have realised there are great gaps in knowledge about the industry. Important people in fashion retail trade, politicians and the general public often have no idea what is still made in the UK. In turn, the industry is not brilliant at promoting itself or, in some cases, in adapting to changing requirements of the market.

“I got to know Kate Hills when she was setting up her Make It British initiative in 2011 and I am so impressed with the way it has developed. The ‘live’ incarnation of the movement has been a very inspiring place to visit over the past five years, so I am delighted to join Kate for the fifth event under its new name of Make It British Live!.”

The two-day programme of seminars will bring together inspiring, informed and provocative people who are passionate about what they are talking about.

If you have any interest in UK manufacturing, as a designer, a maker, a retailer, an investor or a potential employee, you will find much to enjoy at Make It British Live! 2018 on 23 and 24 May at The Old Truman Brewery in Brick Lane, London.

Alongside the seminars there will be over 200 exhibitors in the trade show and a series of workshops.

To register to attend go to Make it British Live!