M&S Best of British collection - is it any good? Skip to content

M&S Best of British collection – is it any good?

Marks & Spencer previewed their forthcoming Best of British range this week, and we got a sneak peak… 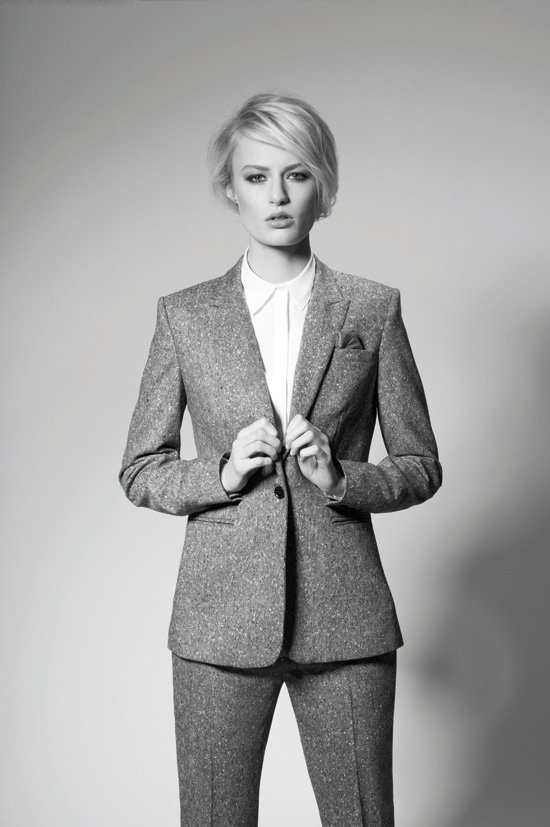 When Marks and Spencer announced that they were launching a Best of British clothing range earlier in the year there was a fair bit of scepticism, both from me and the readers of this website.

Was this a load of ‘Brit-wash’ on M&S’s behalf in order to ride the wave of popularity surrounding all things British at the moment? Would the product actually be manufactured here, or just have a British link, such as fabric or design, like some retailers have done? Would the M&S Best of British collection go to more than just the flagship London store? And most importantly, would it actually be something that the customer would want to buy? 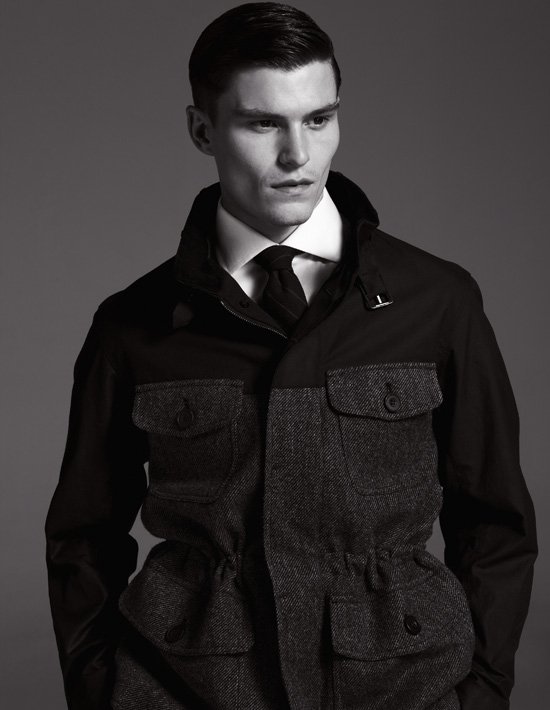 I am pleased to report, having been invited to the press show yesterday for a sneak peek at the new range that will launch in Autumn, that M&S seem to have done things right. Their Best of British collection, which includes clothing and accessories for both men and women, has been developed with integrit, and to a high level of quality and craftsmanship.

Belinda Earl, M&S’ Style Director, who was previously at Jaeger and Aquascutum, assures me that everything in their Best of British collection will be 100% made in Great Britain. They have collaborated with some very reputable and long-established British manufacturers too – the jumpers are coming from the Scottish Border town of Hawick, renowned for its world class knitwear, the outerwear will be manufactured in Manchester, in a factory that has made for Barbour and Macintosh, and the footwear will be produced in Northampton, the home of the Goodyear-welted sole shoe. Not only that, but many of the fabrics used have been woven in the UK, with the mills, such as Abraham Moon and Mallalieus of Delph, being credited in the labels inside the garments. Some of you are now going to ask ‘why are they not using all British-made materials?’ And that is a good question. Neil Hendy, Head of Womenswear design at M&S, told me that whilst it had been easy to find fabrics such as the woollens in the UK, some of the other materials, such as the linings for coats, just weren’t produced here anymore. 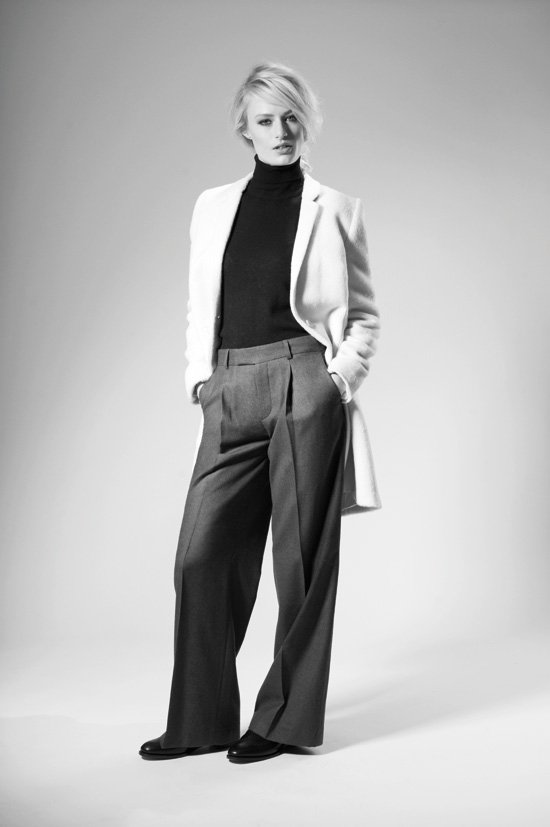 Much of the recent criticism of M&S has been that the quality is not as good as it used to be, or that they have attempted to be too ‘fashion’ in order to try to align themselves with the rest of the High Street. They have certainly addressed both of these issues with the Best if British collection. The clothes and accessories are back to where Marks & Spencer used to be in the good old St Michael days – timeless, good quality items that you could own for years and would consider a good investment. The designers have even raided the M&S archives to bring back some great classic pieces that are still relevant for today’s customer. 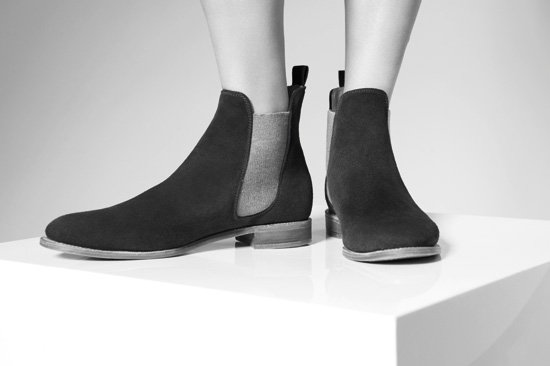 “I bet it’s expensive” I’m now hearing you say. Well, that depends on how you measure expensive. Yes, the prices are considerably more than the average person is used to paying on the High Street, with a coat costing up to £299 and a pair of men’s brogues retailing for £265. But when you consider this on a cost per wear basis, it is really not too bad. I would much rather pay that price for a classic coat, that is well made and will see me through the next 10 years, than pay £50 for something where the fabric will look shabby, the seams come apart, and the style look dated before the season is out. And a Goodyear-welted pair of brogues will always be a good investment because they can be re-soled time and time again.

I actually think that when you compare the cost of similar quality items from ‘British’ brands such as Jaeger and Burberry, you are getting amazing value. And if you bought a coat from either of them it would cost at least double the price, and probably wouldn’t be made in Britain either. In fact, M&S must have taken a considerable cut on their margins to produce this collection at these prices, so for that reason alone I think that they should be commended. 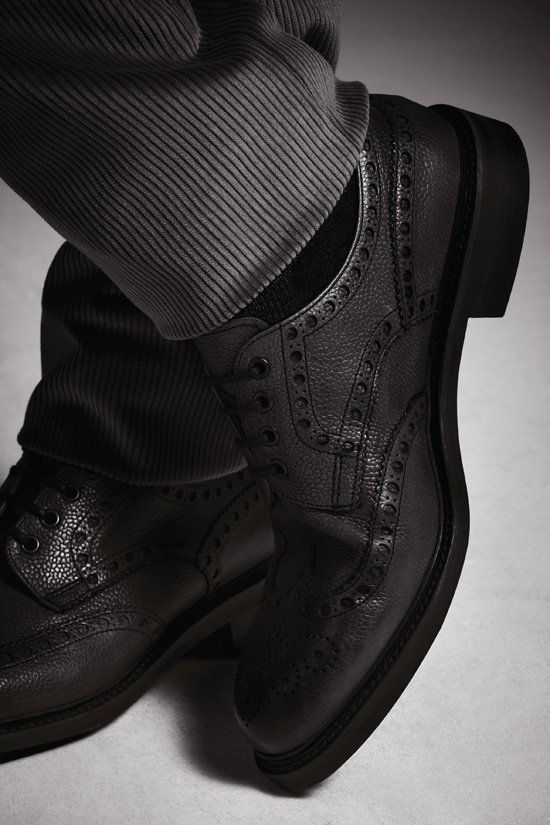 Sadly the collection will only go to 5 UK stores, 2 International stores and the M&S website, when it is launched at the beginning of October. This, I would imagine, is due to the current limitations of production space at the UK factories, who are not geared up to make the sort of volume orders that M&S would require to send the collection further. If Marks & Spencer are really serious about working with British manufacturers then this is something that they’ll need to address if they want to quieten their naysayers.

What are your thoughts on the M&S Best of British collection? Will you buy it? Or do you still have your doubts? Please leave your comments below. 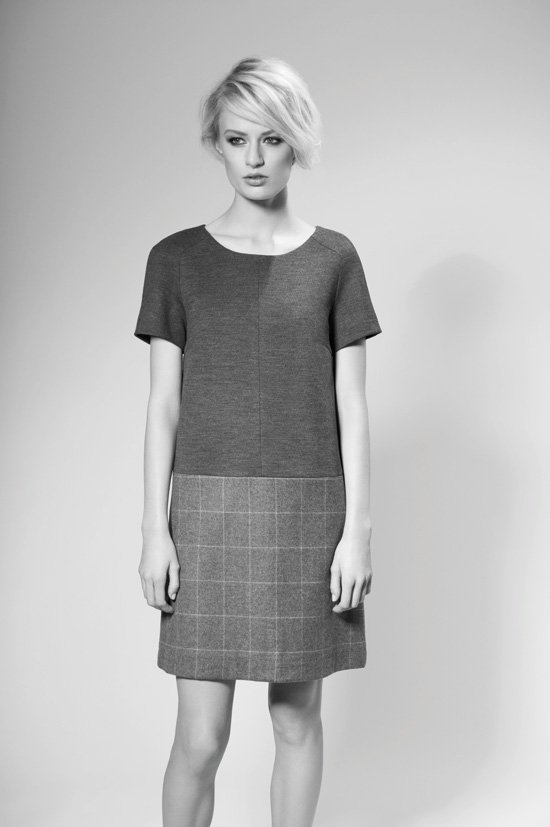