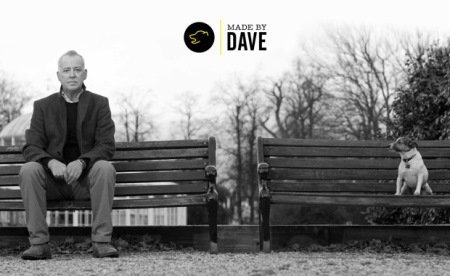 Michael Barrymore, former star of Saturday night TV,  is not a name that you normally associate with fashion or manufacturing. So I was quite surprised a while back when I got a call asking me to help source manufacturers for a clothing collection that he was putting together. Never one to turn away people that want to support British factories, I duly passed on the details of a jeans maker in Leicester and a shirt manufacturer in Surrey that I knew would do a good job.

A few months down the line and I get an invite in my inbox with a picture of Mr Barrymore and a cute looking Jack Russell requesting my attendance at the launch of Made by Dave. ‘Clothes for Men, Handcrafted in Great Britain’ announced the invitation, but I already knew that Michael had stuck to his guns and used UK manufacturers. Many factories I’ve spoken to recently had told me how closely involved Michael had been in the product development of this new collection – visiting the factories to see the samples being made – even having a chat on the phone with one factory owner’s mum because she was a big fan! 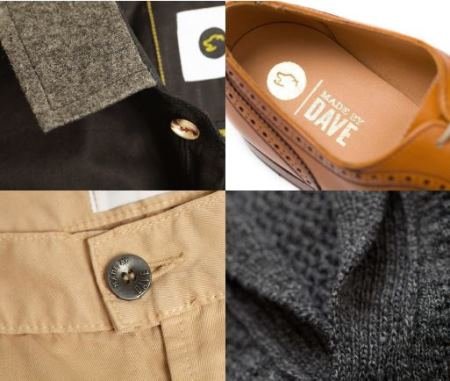 Michael Barrymore’s Made by Dave

Just before the launch I had a chance to have a quick catch up with Michael on Twitter and thanked him for choosing to support British manufacturers, when many other celeb clothing lines are made offshore. “People are too busy chasing a pound note rather than doing what’s right for the product. Actually if they did the pound note would follow”, he responded. “so many give the perception of being British-made. Hackett of London jackets made in Vietnam, Jack Wills… made in Portugal, Gieves & Hawkes show a royal crest and the shirts are made in Bangladesh…we, sadly will be the only one where the entire range is made in Great Britain”. 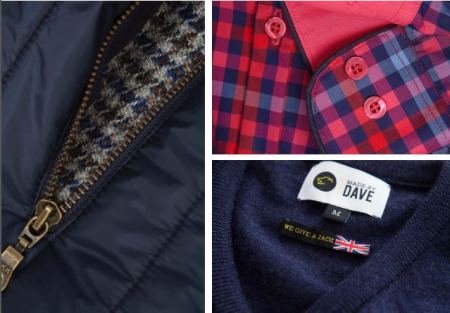 Michael Barrymore’s Made by Dave

When I asked Michael why it was so important to him to get everything manufactured here, he says it was “to maintain the quality and have easy access to the factories, plus it’s the right thing to do”. And would he be inviting any of the manufacturers to the party? “They are all coming, honestly their support has been humbling and I am so proud of our first range.”

Manufacturer support: Bhav from FML and Peter from Barnett Manufacturing at the Made by Dave launch

And come they did. I counted at least a dozen UK clothing and accessory manufacturers at the Made by Dave launch party. As well as the jeans and shirt manufacturers that I had recommended, there was a shoe maker from Northampton, a knitwear manufacturer from Grimsby, and at least 4 factory owners from Walsall that had made everything from the trousers and polo shirts to the belts and jackets. Now, when was the last time a celeb with a clothing range invited all of their manufacturers to come and drink champagne at their expense? Probably never. 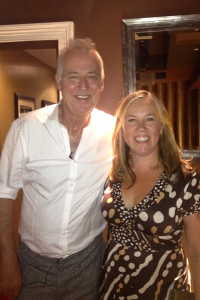 And why the name Made by Dave I hear you ask? Well, Dave is Barrymore’s Jack Russell and Michael said that the idea for the range came about because Dave “kept having a go at my jeans, tugging at me, and then I went to a meeting with a few mates and one of them said ‘they are nice jeans, where did  you get them?’ and I said Oh, they are made by Dave!”. The rest is history.

Barrymore & Dave arrive for the party

To see the full Made by Dave collection visit www.made-by-dave.com