Fashion Question Time at the House of Commons Skip to content

Fashion Question Time at the House of Commons 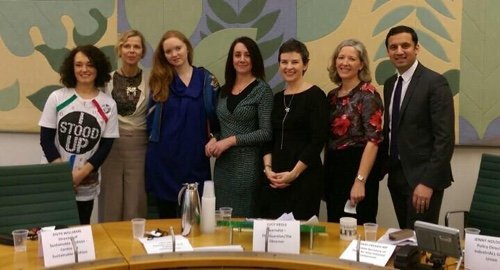 This morning I attended the Fashion Question Time at the House of Commons, organised by Carry Somers and Orsola de Castro, the people behind Fashion Revolution. Carry and Orsola were asked to gather together some key influencers in British fashion by Mary Creagh, the shadow Secretary of State for International Development and Anas Sarwar, Shadow Minister for International Development. The aim of the event was to try to move forward on key issues surrounding the fashion supply chain.

Other members of the panel included ex-supermodel Lily Cole, founder of UK-made granny-knitted brand North Circular, Dilys Williams, the director of Centre for Sustainable Fashion, and Catarina Midby, Global Head of Sustainable Communications at H&M. Members of the current Government were conspicuous in their absence. 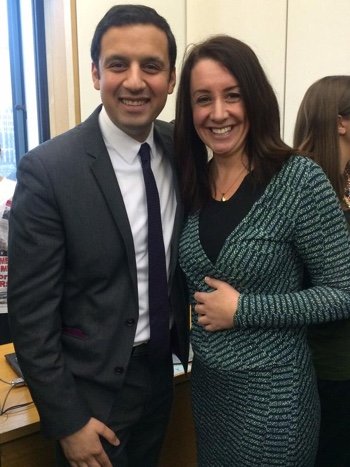 The very lively debate was chaired by journalist and TV presenter Lucy Siegle, and some key issues were raised, particularly around the price paid for fashion. Hearing that H&M pay workers only 10 cents to make a pair of jeans that are sold for £30 in their stores was pretty shocking, even to those that have been in the industry for years. There was a general consensus that it is the big businesses like H&M that need to change in order for any global effects to be seen, because they have the biggest impact on the supply chain due to their scale. However, one would question whether the media also have a part to play in this by creating a culture where such disposable fashion is considered acceptable. It is especially shocking given that we also heard today that the equivalent of 2.9 billion cast-off T-shirts are sent to developing countries by the UK every year.

A call was also made for the fashion industry to provide more accurate information about the provenance of its products, and the lack of general knowledge about this was all too evident when Mary Creagh MP pointed out that she would question whether the salmon on her plate was sustainably sourced, but not think the same about the dress that she was wearing. To illustrate this point she told us that when she was wearing Burberry or John Smedley she knew that is was Made in Britain, but as I have pointed out on this site before, the majority Burberry clothing is now made overseas. 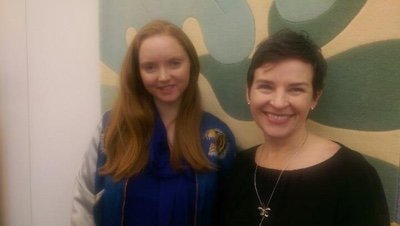 On the British manufacturing theme, I asked a question of the panel about how they intended to seize the current opportunity to rebuild the UK garment industry, despite the shortage of skilled workers. Dilys Williams called for more colleges that concentrated on teaching the technical skills required for garment manufacturing, rather than just design. Whilst Lily Cole questioned whether economics stood in the way of a mass return of manufacturing to the UK again.

All in all, it was a very riveting debate, and it is good to hear that Government are now questioning the sustainability of fast fashion. Thank you very much to Carry and Orsola for arranging the event and for inviting me.

You can read more about their Fashion Revolution initiative here.