Made by Great Britons? Debenhams in Fake it British campaign shocker Skip to content 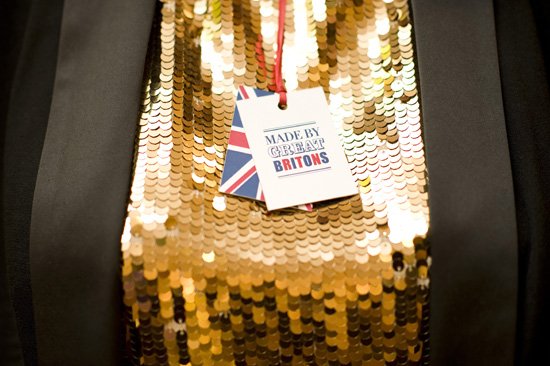 Fake it British: The offending image from Debenhams showing a product made overseas with a ‘Made by Great Britons’ label on

This week British department store Debenhams announced that it was developing a new range for its stores that supported British manufacturing. Entitled ‘Made by Great Britons’, the range of British made goods are all to be displayed with a specially designed swing ticket to show how the retailer is flying the flag for UK production.

Normally I applaud anything that helps to support our factories here in the UK, but something about this latest announcement by Debenhams to sell products made in Britain seemed a little suspect.

For a start, the high street giant, which to the best of my knowledge currently sources nearly all of its products offshore, has called for UK suppliers to proactively get in touch so that Debenhams can ‘revitalise the UK clothing industry’. Why put out a press release asking suppliers to contact them when Debenhams has a sourcing department that would normally do this sort of thing? Is it because they have realised that they have missed the boat a little on the wave of interest around British-made goods brought on by the Jubilee and Olympics this year? Is it also because John Lewis have been (quietly) championing UK manufacturers for over a year now? OK, let’s not be cynical, I’m sure it is just because they really feel that our clothing factories here are worth saving, despite having been one of the first to abandon these shores for cheaper labour costs overseas.

To tie in with the announcement Debenhams released a photograph of the new Made by Great Britons range, showing the label on a gold sequinned scarf. Hmmm, I know a lot about sourcing products from all over the world, and I know what our capabilities are in the UK these days, and sewing on sequins like that is definitely not one of them. So I put out a call to Debenhams via Twitter, saying that I didn’t know of ANY factory in the UK that sews on sequins like that but that I would love to be proved wrong. The reply from Debenhams was as follows:

Rather misleading, wouldn’t you say? Why show it on a product at all if that is the case? Would you put the packaging for a new range of vegetarian sausages on a packet of pork bangers and say ‘we are just showing what they are going to look like? No, because it is likely to mislead and  cause offence to your customers. It is for exactly this reason that there should be clear guidelines around what can be promoted as Made in Britain and how it should be clearly labelled, ideally with a national ‘one for all’ logo that can only be displayed (or photographed) on products that have genuinely been made in Britain.

On a final note, in the press release announcing their new Made by Great Britons range Debenhams wrote: ‘Debenhams today announced it is helping to boost the economy by ramping up its use of British manufacturers’. What does ‘ramping up its use’ exactly mean? What percentage of their production will this actually be? And what long term commitment will they have to these new UK suppliers if they can’t even be bothered to use a British made product in their promotional material? Shudder to think…