Custom made jackets by House of Billiam

House of Billiam’s varsity jacket is available in 100,000 permutations, which one would you choose? 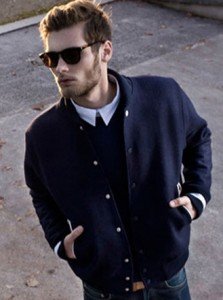 The House of Billiam label launched in January 2009, when its creative director, Thomas Bird, moved to London with a sewing machine and a pile of fabric and the custom made varsity jacket was the first piece that the company produced. Here Make it British chats to Tom about how making the jackets in the UK is so important to them.

Why did House of Billiam choose to launch with the bespoke jackets?

I started making custom jackets for various reasons. Firstly, with the little money I had, I needed to make the business pay my rent, and dealing directly with clients rather than wholesaling meant that I could turn the money around faster and reinvest it a lot quicker. Secondly, I wanted to break down the barrier between the customer and the clothing and where it came from. Buying a custom jacket from us you can come to the studio, view all the fabrics, piece it together, get measured and have a sense that you know where it came from. The client has more of a relationship with a piece made for them by us than something they walk into a shop and buy off the rail; it has more value to them because it is an expression of them as much as it is an expression of House of Billiam. I like the integrity that custom clothing made in the UK has.

How long does each custom made jacket take you to make?

A varsity jacket takes between 2 and 3 weeks, and all are made within a mile of our studio in Hackney. Some are even made in house if a quick turnaround is required. 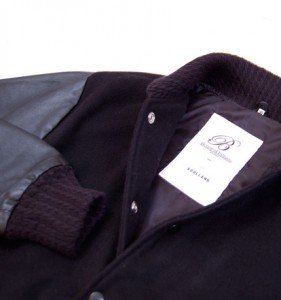 What are the most popular combinations chosen for the jackets?

Interestingly, despite the 1000’s of options available, black on black is easily the most popular selection. However,  within that customers will often pick something so that it has some individuality, a personal touch – a bright pink sleeve lining or an extra pocket or a contrasting fabric choice – people like to have one thing that shows that it is personal to them.

And can it be a bit risky to leave the designing of the garment almost up to the customer?

Yeah, it can be a bit of a risk leaving people to pick from such a large range. The worst experience was on a Sunday morning, a guy arranged an appointment for 9am, arrived an hour late, spent 4 hours trying to pick something and left having made no choices whatsoever!
In terms of the worst jacket though, I had one person who decided to match his biker jacket to a pair of Louboutins. The shoes were bright red and bright blue, and the jacket ended up looking like something Superman would wear on his day off. If I had taken the order I think I would have tried to moderate it a bit. Generally though people have a strong idea of what they want, or they come in and we guide them through the experience. It is a lot less daunting when the choices are broken down but at first it can seem really overwhelming.

With one off pieces it is a lot easier to have control over the garment when you can pop down the road and see the person making it. I am also a control freak so having the manufacturing in the UK is definitely more relaxing. We also get a lot quicker turnaround here than we would get if we did the same process abroad. On top of that, our main wholesale market is in the Far East and they love British made. 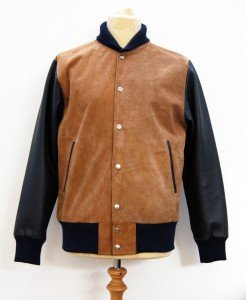 We use a lot of British wools that mainly come from Yorkshire and we use wax cotton from British Millerain. Our ribbing, that we use on a lot of our jackets, is a merino mix that we have knitted in Burnley. Leather mainly comes out of Italy, and linings we pick up wherever we can.

The hardest part about getting stuff made in the UK is trying to make your pricing competitive and still being able to wholesale your clothes. I spend hours, days even, trying to squeeze the price so that it represents good value for money.

What has been the best part?

The best part is getting feedback from customers and dealing directly with them. We take a lot of pride in that direct relationship. We have also collaborated with some amazing stores – we did 6 colourways for Liberty last year.

We intend to introduce a full range of classic jacket shapes onto the website so that people can pick and choose from there. At the moment we just have the varsity online, the biker goes up in the next couple of months and the Mac and casual blazer will hopefully follow soon after, but all are available via appointment at the studio.

To make an appointment at the House of Billiam studio call +44 7905 615547 or visit their website www.HouseofBilliam.com 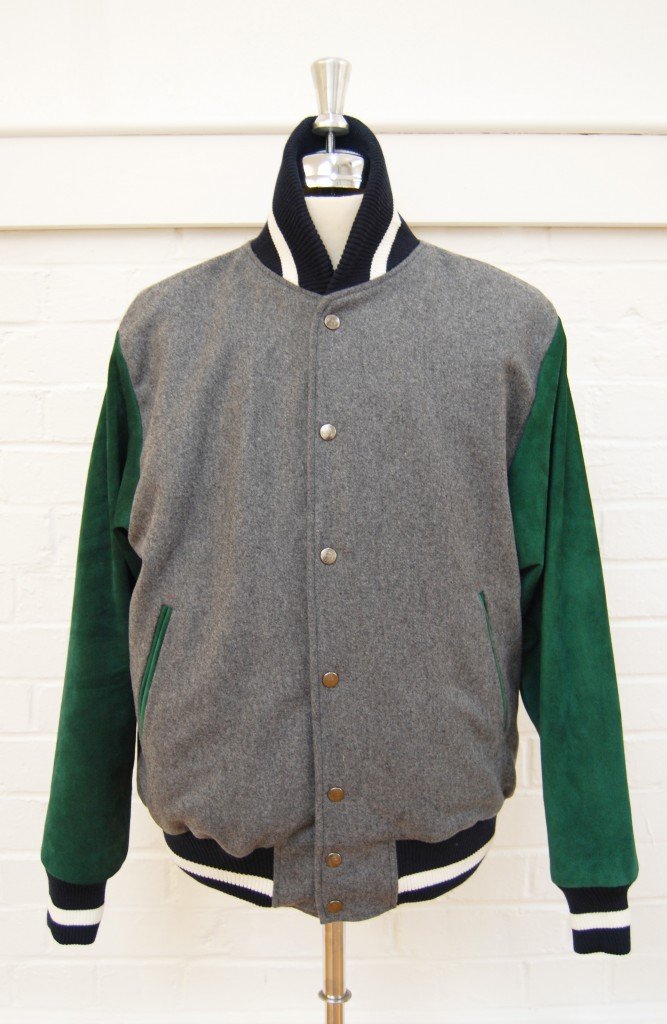