One in two Brits now believe that buying British is better! - Make it British Skip to content

One in two Brits now believe that buying British is better! 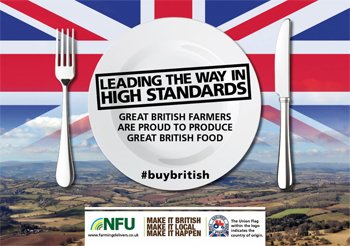 In an exclusive report looking at the provenance of food and drink, Mintel find that buying British is rising in importance among the nation’s shoppers following the horse meat scandal in January this year.
The results speak for themselves:-

Concern was raised by 68% of the Mintel respondents that it was hard to know when something was really British, due to unclear labelling. This is the reason that Make it British is calling for the government to introduce a standardised made in Britain logo to help make it easier for consumers wanting to buy British.

If you haven’t already signed the e-petition then please do so – it only takes a couple of minutes – go to this page on the HM Government website.