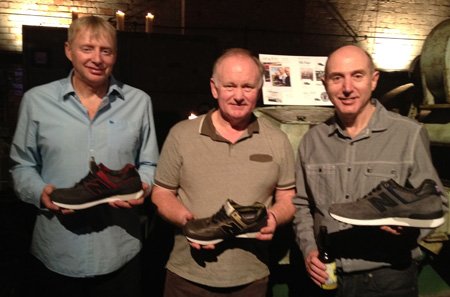 The New Balance 576 ‘Cutting Room Pack’ with their namesake shoes

If you follow Make it British on Facebook you would already have read that New Balance were launching three special edition styles of their 576 trainers this year to celebrate 30 years of manufacturing in the UK. The shoes, collectively known as the ‘Cutting Room Pack’, have each been named after three of the long-standing workers at the New Balance Flimby factory – Roy Bell, Billy Edgar and Andy Mandle – who have between them made New Balance trainers for over 60 years. Having had the pleasure to meet these three craftsmen back in February, it is great to see that all of their hard work in making these iconic British shoes over the years has been rewarded. 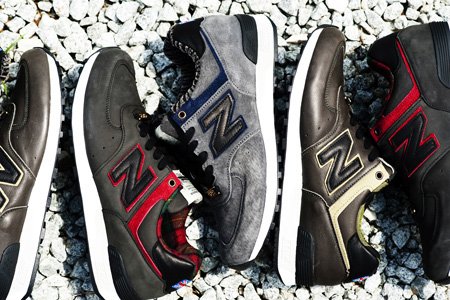 If you fancy getting your hands on a pair of these special New Balance 576 Cutting Room Pack shoes then head over to their Visit Flimby website, where they are giving away a pair of the trainers every day from now until the 19th September. Visit Flimby was setup by New Balance to pay homage to the Cumbrian town where the footwear brand makes over 28,000 pairs of shoes a week, and has loads of great info about their British manufacturing base, including this video entitled New Balance – Made in England.