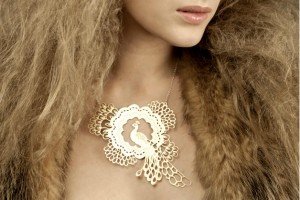 Ridley and Dowse make a fantastic range of accessories and lifestyle products, but it is their beautifully intricate jewellery that they are best known for. Here Susannah tells us why they chose to make their collection ethically in Britain.

Can you tell me a bit more about Ridley & Dowse and why you set up the company?

We first met whilst working on a recycled clothing label for a charity. We got on like a house on fire and had admired each others work. Vivienne left to have her first child and I left to do freelance work but we decided we’d like to work together in the future. Vivienne had previously run a jewellery business and I had worked mainly in surface print design, so together we set about finding a way to work combining our skills. 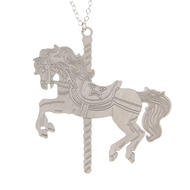 Why did you decide to make your jewellery in the UK?

Ethical production was important to us, and as a small start up we thought the best way of ensuring that we remain ethical was by making things in the UK where we could build relationships with our suppliers. We also wanted to support local businesses and keep manufacturing in Britain alive.

How would you describe the jewellery that you make?

In which part of Britain are you based? 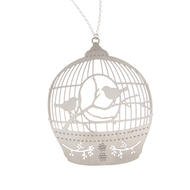 It’s all from Britain apart from the organic cotton in our cushions which is from India, but is printed in the UK.

Who makes your products?

We hand finish and assemble all the jewellery ourselves. The etching is done by a company in Birmingham who primarily make engineering parts. Products such as cards, cushions and bespoke items are made by various local companies.

What has been the hardest part of getting your jewellery made in Britain?

Finding materials and manufacturers. Simple things like zips are hard to source here. Also having an idea and struggling to find a manufacturer to make it. Manufacturing in the UK means competitive pricing is difficult and products we make have to have a strong design element.

And what has been the best part about making here?

Knowing we’re part of a movement of people who respect how things are made and by whom. Contributing to keeping the British heritage of innovation and creativity alive. Being able  to talk directly with our collaborators and therefore often developing a more creative solution to an idea and knowing that anyone involved in the process is being paid a fair wage.

Ridley & Dowse products can be found on their website. 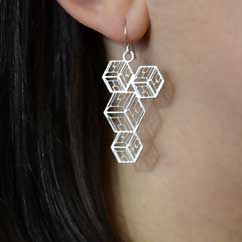