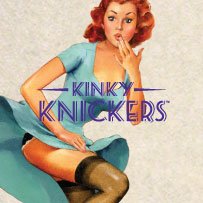 I must admit that when I reported back in October that Mary Portas was to make a television show with Endomol about British manufacturing I was a little sceptical to say the least. Back then it had been reported in the fashion press that the show would be called Mary’s Sweatshop – so I had every reason to fear the worst. The name did not conjure up the image of quality craftsmanship that I like to believe is what makes Britain great. Instead I had visions of a factory akin to Baldwin’s Casuals churning out poly jersey leggings and trying to punt them to Primark.

It appears that I was wrong. Because this evening saw the launch of the products that Mary has been working on with her factory in Middleton, and it was at that most British of department stores, Liberty, at which she chose to do it.

They weren’t nasty leggings either, which given the time that she had in which to staff the factory and train the machinists, might at some point have seemed like her only option. Instead she has produced a range of lacy pants, cheekily named Kinky Knickers. And they’re actually quite good.

The packaging is spot on, in a backing Britain, war-effort kind of way. And priced at only Ten Pounds they certainly prove that buying British does not have to mean breaking the bank. In fact I do wonder whether, with the cost of the rather nice box, she is actually making any money on these at all.

I look forward to the show when it’s on Channel 4 in March, in the meantime if you want to buy Kinky Knickers you will have to pop along to Liberty.

UPDATE December 2012: Kinky Knickers are in stock at the following retailers: 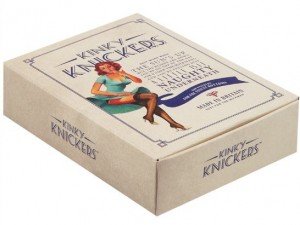