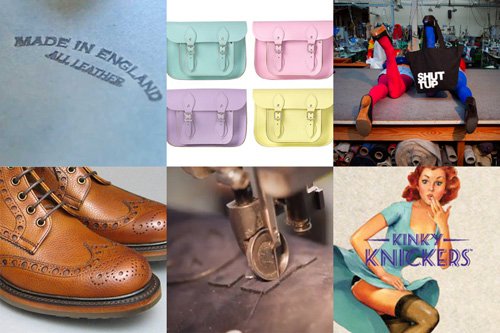 The last year has been a very eventful one in Britain, with the Jubilee and Olympics bringing attention to our country and the things that it is capable of. This focus on Britishness has also helped raise interest in British manufacturing, and more and more people have started to question where the products that they buy are made.

It has also been a particularly special year for Make it British as we have seen a huge growth in visitors to the site, making it the must-read resource for all things made in Britain. We are eternally grateful for the support of our community in 2012, and look forward to exciting things happening in 2013, with the interest in British manufacturing continuing.

Best wishes for the festive season and please remember – made in Britain is for life, not just for 2012!

Save a British Clothing Factory – Buy a Shut Tup Bag
A chance meeting at a dinner party between a designer and a fashion PR led to a conversation about the plight of a clothing factory in Walthamstow – soon after Project Shut Tup  was launched to help save one of London’s last fashion manufacturers.

Kinky Knickers by Mary Portas
At the beginning of the year Mary Portas proclaimed that she was to set up a factory in Manchester making knickers and we were a little sceptical. But the interest that the TV show Mary’s Bottom Line generated helped to raise the profile of products made in Britain in the eyes of the general public, and the product was pretty good too.

Aquascutum Factory Closes
When it was announced that the administrators were shutting the Aquascutum factory in Corby, with the loss of jobs for 115 skilled workers, it seemed a great loss to British manufacturing. Luckily it was reported soon after  that the factory was to be taken on by Swane Adeney Brigg.

Fake it British – Cashing in on 2012
We reported on one of the biggest curses of 2012 – how everybody was using the Union Jack to sell their products whether they were made in Britain or not.

Why You Should be Buying Shoes Made in Northampton
Where were your shoes made? If they aren’t from Northamptonshire then they should be. Our article told you why.

The HP Sauce Backlash – I’m not Buying it Anymore if it’s not Made in Britain
Fans of HP Sauce were up in arms to discover that the production of their favourite Full English accompaniment was no longer made in Britain. 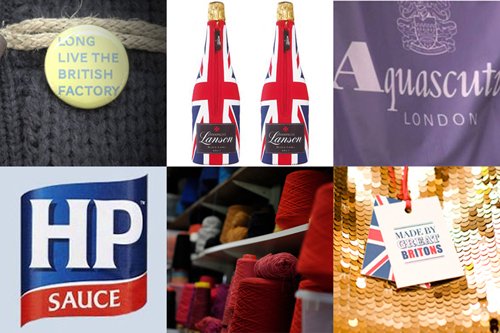 Who Says Nothing is Made in Britain Anymore?
There are still 2.5 million people employed in manufacturing in the UK today, and  there are many fantastic things that are still made in Britain. We asked whether that will also mean that mass-manufacturing will ever come back to the UK.

Sites we Love: The Yarn Exchange
When we highlighted the Scottish knitwear companies that were making their wool available to members of the public via a new website called Yarn Exchange it generated a huge amount of interest.

Debenhams in ‘Fake it British’ Campaign Shocker
At the end of the year retail giant Debenhams announced that it was looking for British suppliers for its new ‘Made by Great Britons’ range – but promoted the campaign with a product made overseas. Whoops! Fake it British strikes again.

Why are British Factories Turning Away Business?
We looked at why UK manufacturers are saying ‘no’ to new orders, and what a designer has to do in order to get their products made in Britain.