Craftsmanship returns to the UK Tableware Industry Skip to content

How craftsmanship is returning to the UK Tableware Industry 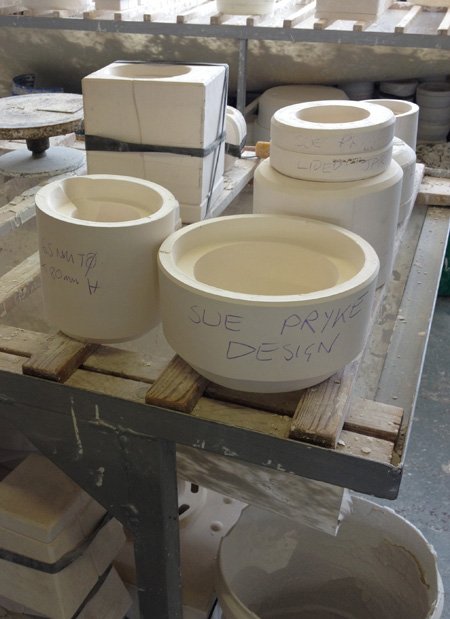 As someone who has been working in the ceramics industry for over 20 years, it’s interesting to see the re-emergence of small scale manufacturing in the UK again after a decade dominated by mass-produced designs.  Often called batch production in the ceramics industry, this ability to be able to make small order quantities is ideal for designer-makers who want to test the market with a limited run of product made in a factory, rather than by hand in a workshop. These makers, essentially from a craft background, are exploring the manufactured approach to making their work more accessible and affordable, and in turn reaching a whole new audience with their designs. 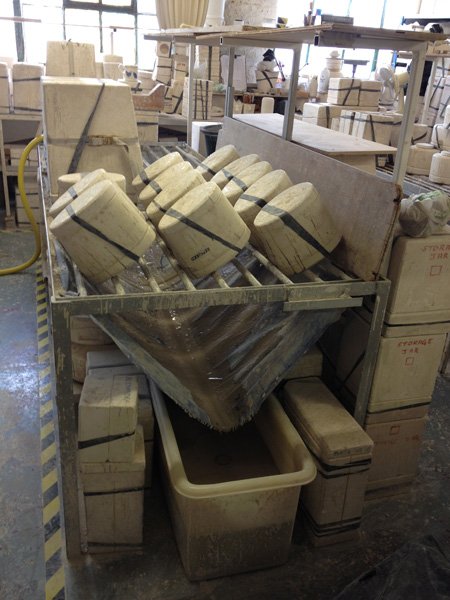 Draining the slip out of the moulds

Back in 2000 I worked with Hornsea and Park Roses potteries in Yorkshire, and English Country Pottery based in Gloucestershire, to batch produce a series of tableware ranges that retailed at the high end of the high street. At that time, retailers such as Heals, The Conran Shop and Liberty, were eager to back aspiring designers who were trying to get their foot on the ladder. Batch production offered the designer/maker flexibility in ordering short runs of ware, the opportunity to test the market before committing to larger orders, and the ability to update ranges more frequently- something that was financially, far more manageable to a small business.   In turn this provided the High Street with a variety of colourways and new products that could change quickly, offering the customer fresh and exciting product.

However, the following years made it increasingly difficult for manufacturers to work with smaller design businesses – the environment was tough, and working with smaller companies became problematic;  the benefits that we had been offered, such as endless coloured glazes, seasonal newness and small runs, gradually became unviable for the factories. They were turning the orders away and folding under much bigger burdens. 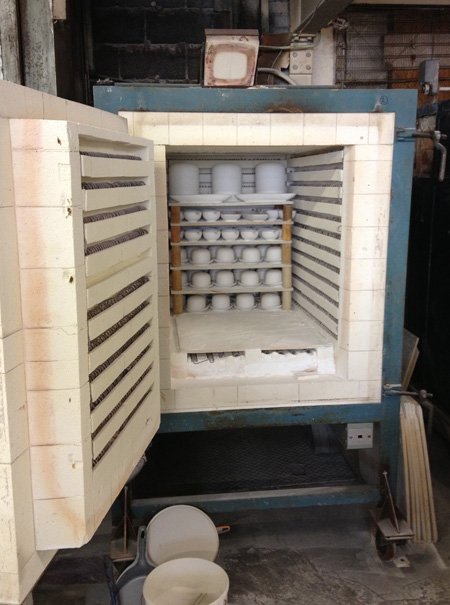 But with design events such as Tent, The London Design Festival, and Craft 2014 (a new show by Handmade in Britain), signalling a renewed interest in unique, innovative and well crafted product, it seems the time is right for a new leap forward; and once again, smaller factories are thriving.   Whilst larger manufacturers have been struggling for a long time to keep churning out well made, volume product at a reasonable cost, many within the industry have realised that there is a growing community of customers that are looking for  individual, crafted and one-off pieces that the smaller manufacturers are better placed to offer.

The problem that small manufacturers are now encountering is keeping up with demand.   With the growing pace of interest and small capacity of these factories they are having to turn away business – a problem for the designer maker who can ill afford to step up production and approach the bigger firms.
Ultimately, with the focus clearly set on small scale UK production, it has to be good news for both the UK tableware industry, and the customer, that creativity and British manufacturing are alive and kicking!

This article was written exclusively for Make it British by Sue Pryke, a tableware designer who has worked in the industry for the last 20 years. Sue has created homeware collections for well known retailers such as John Lewis, M&S and Ikea and has her own brand of tableware launching at the end of 2013. 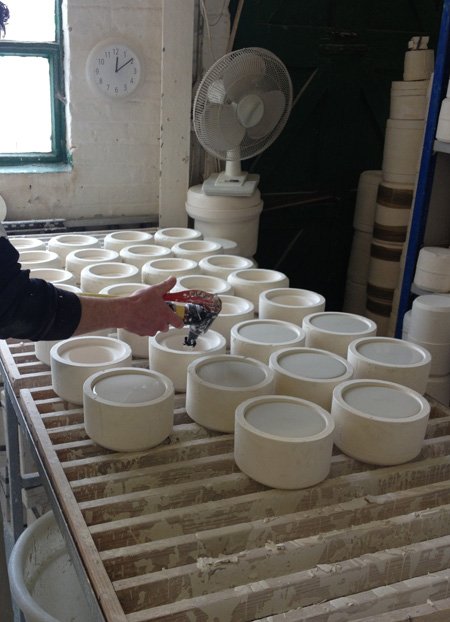 Filling the moulds with slip