What's the link between one of the oldest textile mills in the UK and the Royal baby?

Answer: Quite a few actually. 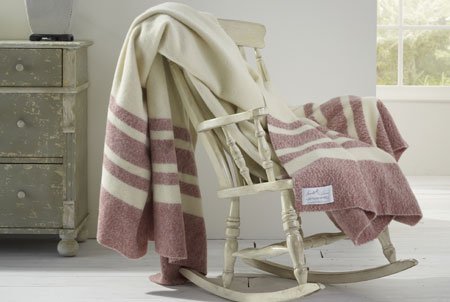 When the much-awaited Royal baby makes an appearance in July 2013, it will no doubt mean a deluge of over-priced, imported baby goods will hit the shelves, claiming to be just the sort of thing that a Royal baby should receive as a gift.

But one textile mill in the UK can lay more claim than most to being able to provide a gift that is fit for our future King or Queen of England; Hainsworth, a woollen mill in Yorkshire that was founded in 1783, has numerous Royal connections, and can also lay claim to being related to Kate Middleton’s great-grandmother.

Best known for manufacturing the scarlet cloth from which the Queen’s guards uniform is made, Hainsworth has been manufacturing ceremonial fabrics for over two centuries. At Queen Elizabeth II’s Coronation in 1953, it was the Hainsworth textile mill that manufactured the cloth worn by the military to the event. And when William married Kate in 2011, both himself, and his brother Harry, wore uniform made from Hainsworth fabric, as their father had also done when he married Diana in 1981.

Hainsworth’s royal connections don’t stop there. In 2004, after weaving the interior fabrics for Windsor palace to replace those that had been destroyed in the fire, the textile mill was also awarded a Royal Warrant, a marque of prestige bestowed upon those that supply goods to the Royal family.

Most fascinating is the fact that the business can lay claim to having a direct connection with the ancestors of the Duchess of Cambridge. For Kate herself is a fifth-generation descendent of the Yorkshire cloth weavers that owned the William Lupton & Co. Mill, a business that became part of Hainsworth in 1958. Earlier this year Hainsworth’s consumer brand Scarlet & Argent even released the Lupton blanket, a scarlet and white striped throw made from pure Shetland wool, as a tribute to its connections with the Lupton heritage. 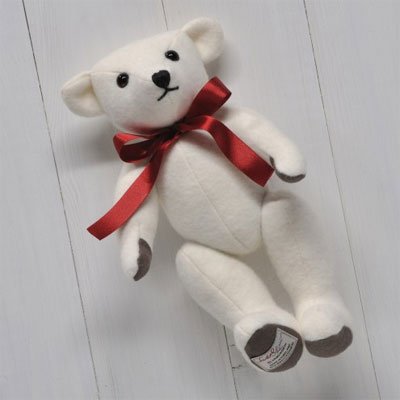 So perhaps when we first see the Royal baby it might even be wrapped in the Lupton blanket? Or it could do worse than to receive one of these Scarlet & Argent cashmere teddies, made using cashmere cloth woven in the Hainsworth mill.

Hainsworth will be one of the Royal Warrant holders exhibiting at the Coronation Festival that will be held in the grounds of Buckingham Palace from the 11-14 July in honour of the 60th anniversary of The Queen’s Coronation.