Dr. Martens - Made in England collection - Make it British Skip to content

Dr. Martens – Made in England

How many shoes do Dr. Martens make in England these days? And which ones are manufactured offshore? Make it British finds out 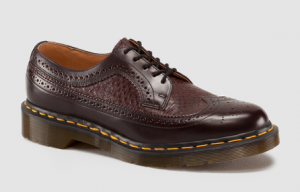 Dr Martens Made in England Shoe

When I ran an article on English shoes a while back it caused much discussion about the brands that had been omitted. One of the British footwear firms in question was Dr. Martens, probably one of the most well known of English shoe companies. Surely such a quintessentially British brand still make all of their shoes in these isles?

The first pair of Dr. Martens boots rolled off the production line on April 1st 1960 from a factory in Cobbs Lane, Wollaston, England.  The iconic Dr. Martens boot, with its air-cushioned sole, was initially intended as a work boot, but most of its success was down to its adoption in the following decades by various subcultures, including skinheads and punks.

When bankruptcy loomed for Dr. Martens in 2003 nearly all of their production was sent to the Far East, but the business kept the original Cobbs Lane factory with the  hope that one day customers would value the Made in England label again. Now that day has come, and the company is increasing manufacture of the Dr. Martens boot in the UK, yet still the capacity of the Wollaston factory is only 70,000 pairs a year, a mere 2% of the total 3.8 millions pairs produced in 2011.

Part of the reason that Dr. Martens are only able to make 2% of their total production in the UK is that traditional shoe making is a pretty skilled process, as you can see from this video shot in the Dr. Martens factory, entitled Art of Industrial Manufacture. There are very few people with these skills left in the UK, but Dr. Martens are addressing this with a new apprenticeship scheme in partnership with South Leicester College, in order to train up the footwear craftsman of the future. Let’s hope that in a few years time the percentage of Dr. Martens shoes that are Made in England is well over the halfway mark. 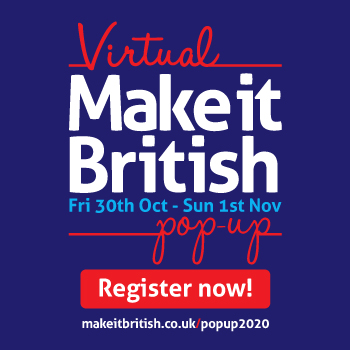